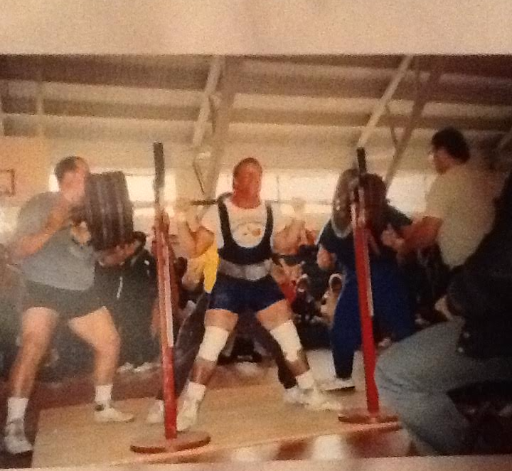 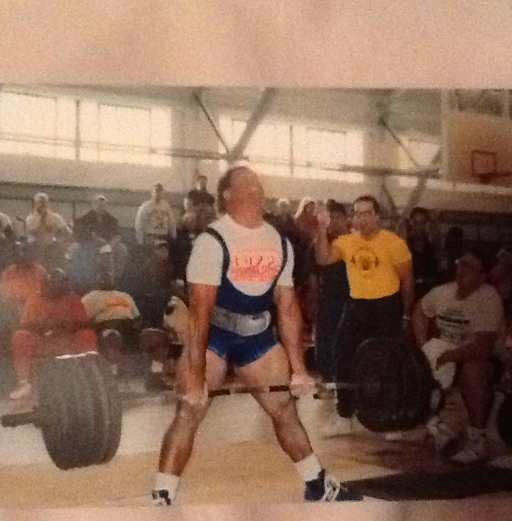 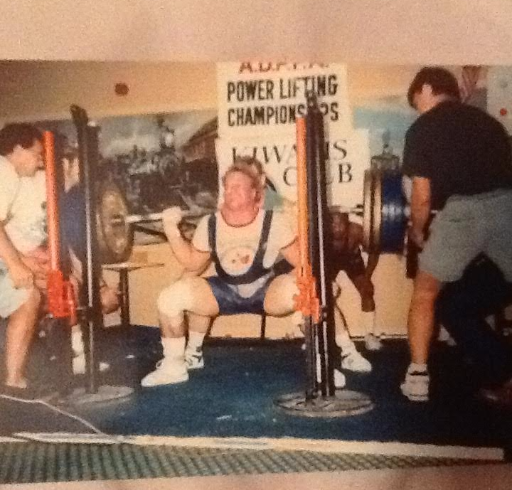 The bar bends under the pressure of the tremendous weight!  Mark and Howard Krieger had the best legs in the business!

2016 New York State Strength and Power  Hall of Fame Inductees, Howard and Mark Krieger ,were outstanding powerlifters!  To speak only of their numbers in the squat would be similar to just reading the title of a book and  then putting it down, never to grasp the real content of the story.  First off, the amount of weight that both of them lifted was dominant.  More importantly, however, was the way in which they did so.  If you have ever spent time with either of the Kriegers, or witnessed them lift, it does’t take long until the eyes naturally gravitate toward their more than impressive leg development.  Many elite powerlifters lift big weights by  shifting the moment arm and increasing the leverage point of the body, thus shortening the distance between the bar and the hips.  Subsequently, more muscle groups are brought into action and engaged, making the athlete stronger.  The Krieger brothers, however, never did this.  They squatted over 700 pounds with an upright torso, placing almost all of the stress upon the thighs and hips, a feat that any strength athlete would be proud of!  Additionally, they did so in the respective weight classes of 165, 181, and 198!

The Krieger brothers were dominant in the NY State Powerlifting scene during  the mid and late 1980s , and reached great heights on the international scene, as well.  Mark, in 1988, won the North American Championships in the 198 Lb. weight class with a 680 pound Squat, 345 pound Bench Press, and a 615 pound Deadlift. In 1986, Howard was selected to the World Team where he, despite the issues associated with traveling to India and contracting dysentery, placed third.  Howard also won the Collegiate Nationals in 1986 with a three lift total of 1515.

Both 2016 New York State Strength and Power Hall of Fame Inductees, Mark and Howard Krieger, were fixtures in the top 100 section of Powerlifting USA,  and continue to serve as role models for new generations of strength athletes.