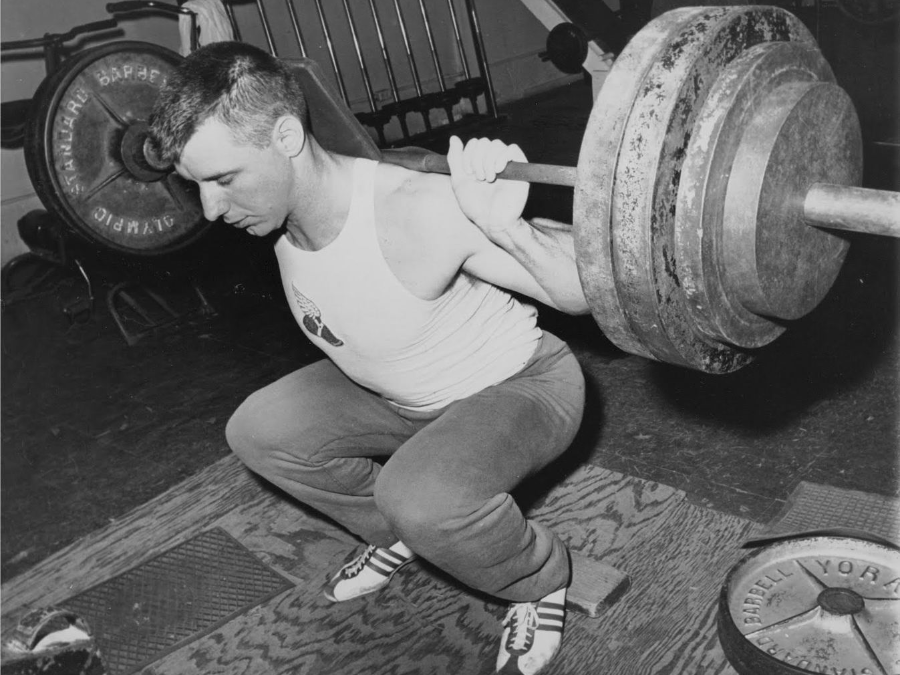 2016 Hall of Fame Inductee Al Oerter was the first athlete ever to win gold medals in four consecutive Olympics! 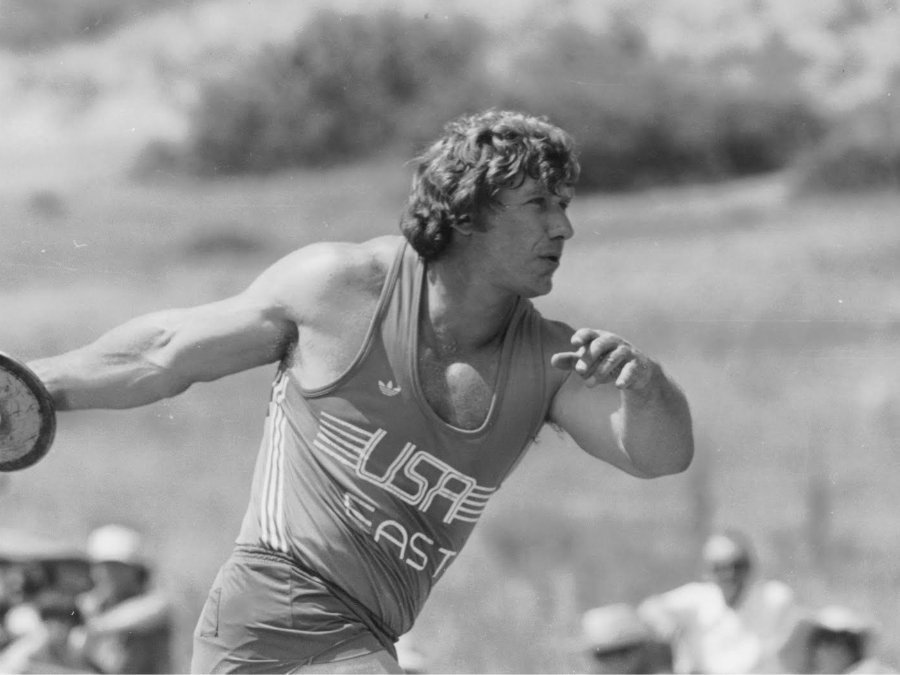 2016 Hall of Fame Inductee Al Oerter was a true man of strength!  He was a ferociously hard worker, and at the same time, a true gentleman! 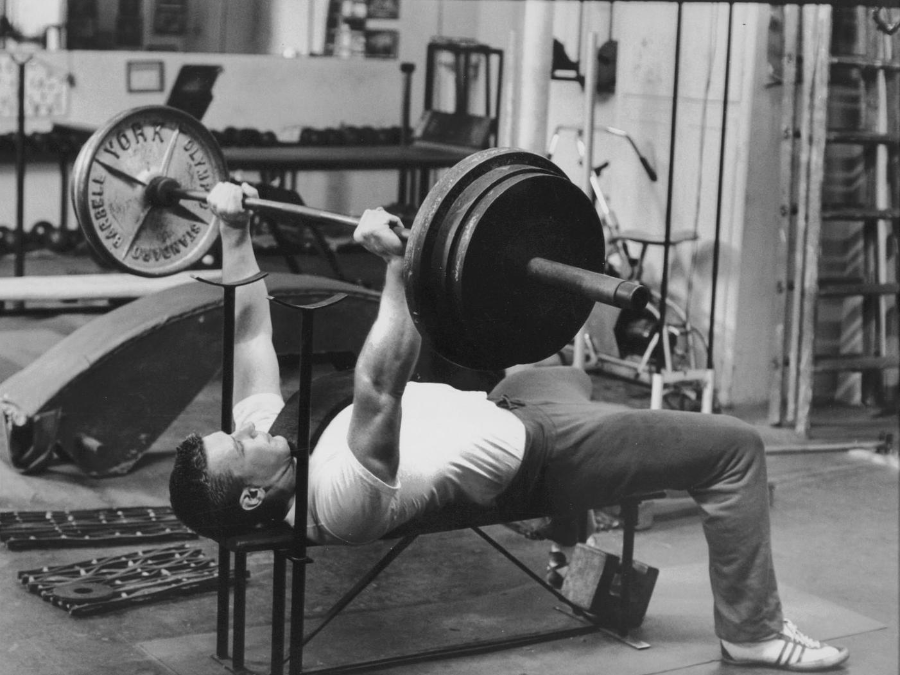 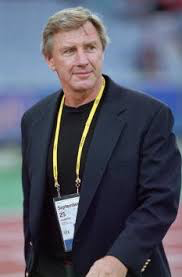 2016 HoF Inductee Al Oerter was also an accomplished artist.  It is obvious as to the deep running talent this man had, and he used it to serve people well! 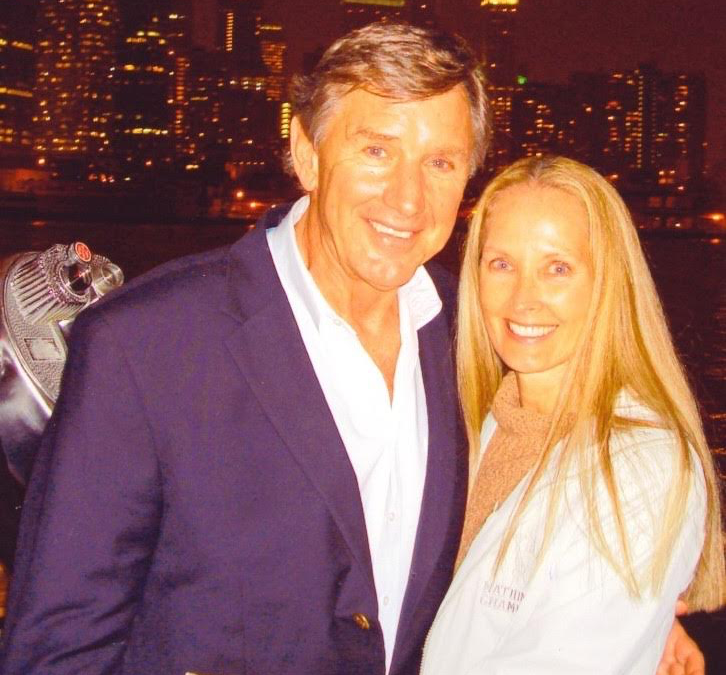 The author believes that no one reaches the top of their chosen field without the proper support...  support of coaches, friends, family, and in this case, Al's wife Cathy! 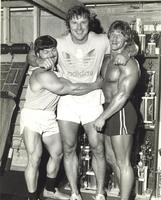 2016 Hall of Famer, Al Oerter with some friends! As Al's wife, Cathy, has labeled them; "The Cellar Dwellers: John Boos, Al, and Dave Spector.

Considered by many to be the greatest modern Olympic competitor, Al Oerter is the first athlete to win four gold medals at four successive Olympiads and the only person to set Olympic Records each time. He won the Gold in Melbourne 1956, Rome 1960, Tokyo 1964 and Mexico City 1968 even though he was never the favorite and had never won the Olympic Trials.

Oerter had been throwing the discus less than five years when he competed in his first Olympic Games. Then, at age 20, on his first throw in the finals, he broke the Olympic record and won the gold medal.

At the Rome Olympics Al was throwing poorly and was given advice by his US teammate, Rink Babka, who was leading the competition. The next throw Al surpassed Rink and won the Gold but always attributed his win to Rink.

Four years later, at the 1964 Tokyo Games, Oerter tore a huge section of his rib cage a few days before the Olympic final. Against doctors’ orders and with his ribs heavily taped, Oerter captured his third gold medal.

And in Mexico City in 1968, Oerter not only took his fourth gold medal, he also set his fourth Olympic Record. He had gone into those Games as 25th on the world list. He was known as the ultimate competitor.

Oerter retired after the 1968 Games in order to raise his two daughters and continue his management career in the computer industry. He resumed training in 1976 at age 40 and recorded his lifetime best results between ages 43 and 47.

In May 1980, Oerter threw his best official throw 227’11”. This throw, more than 15 feet farther than his winning effort in Mexico City in 1968, could have won him the 1980 Moscow Olympic gold medal but the United States boycotted these Games.

In September of ’82, while filming for ESPN’s “Future Sports”, Oerter threw the discus almost 240’. In a competition this would have been a world record at age 45.

Oerter began lifting at age eight with his buddies in New York City. The families emigrating from Europe had weights in their basements and these young boys enjoyed lifting as their play. This began Al’s love for lifting heavy weights.

Al continued to throw in Master’s Track and Field and set world records for his age group during those competitions. He realized the continuing challenge to surpass levels of accomplishment is a difficult one, but also understood that nothing can be accomplished unless we make the attempt.

The discus was not Oerter’s livelihood. He worked in data processing management for almost 30 years and after retiring became a successful motivational speaker.

Al’s story is an example of what it takes to be at your best over long periods of time. This includes setting inward goals, long-term vision, overcoming barriers that impede progress, understanding what competition is about and the value of a healthy work ethic. 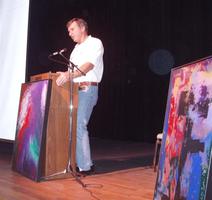 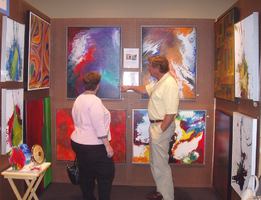 Al Oereter used , and in the proper sense and context, still uses, art to teach integrity, ethics, and other values greatly needed in today's world! 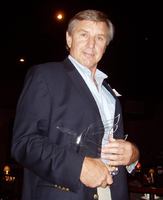 Here, Al Oerter proudly displays the first place award for his artistic creations!   Al is a perfect example of what can be done when one door closes, because, if one is looking and knocks, another one will open!