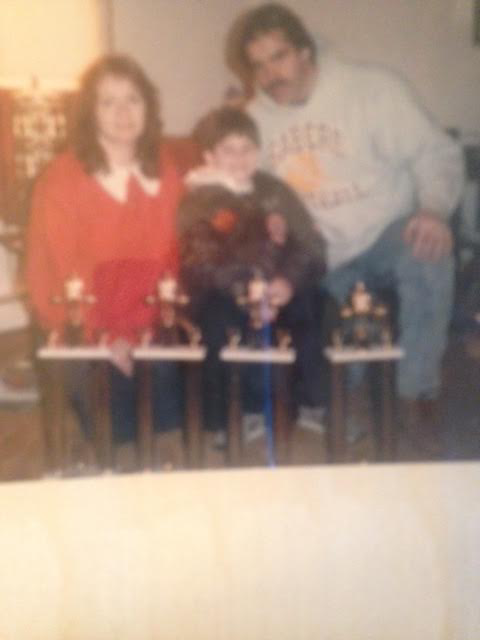 HoF member Larry Buchionni, a few trophies, and, much more importantly, the family 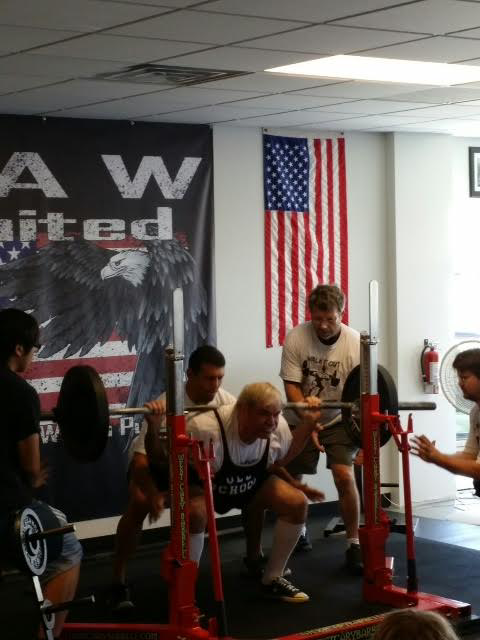 HoF member Larry Buchionni (right) with a Best Lifter of the Meet championship belt!  How many lifters get to win a title belt?

HoF member Larry Buchionni  with a near 550 lbs. deadlift...at over 60 years of age!!  No one can claim better longevity!!!

When you are a perpetual world record setter like HoF member Larry Buchionni, you are entitle to a rest, but it better be a short one! 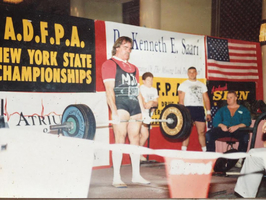 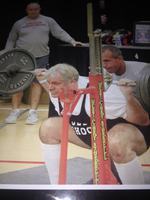 Go to any gym in America, and you'll notice a very lonely place where the squat rack stands. Almost no one squats well, and it is of paramount importance to every athlete. Here, HoFer Larry Bucchioni demonstrates both proper technique, and positioning

2016 New York State Strength and Power Hall of Fame Inductee Larry Bucchioni’s career as a Powerlifter began in the  1970s. Larry started lifting to help his football career, and soon fell in love with the sport.  In terms of gridiron accomplishments, Larry Bucchioni was a standout high school and college fullback, played nine years in football’s minor leagues, and ended up signing a contract with the CFL’s Toronto Argonauts.  A devastating knee injury ended his pro career, but opened the door a little wider into the world of competitive lifting.

Larry Bucchioni has established over 100 state, national, and world records in Powerlifting, and continues to, seemingly, set new standards nearly every month in the master’s divisions.  The author does not believe that any lifter, ever, has proven to have the longevity that Larry Bucchioni has.  Injuries, relatively severe at times, surgeries, traumatic events, and other incidents of the like, have only made the 2016 inductee even stronger.  Larry Bucchioni is a role model and example for all athlete’s, regardless of chosen field, to follow.  Always drug free and a 28 time world champion, Larry also officiates and lends advice to anyone that should request it.

More important than Larry Bucchioni’s numerous achievements on the platform, however and eluded to in the preceding paragraph, is the example that he has provided.  Whether it be coaching, teaching, or mentoring in one capacity or another, thousands have benefited.  Being a teacher and coach for 37 years has afforded Larry the opportunity to give to every community that he has been a part of, and he has reached even greater heights in this arena than on the platform.  No one has had a greater impact on the Powerlifting community in Broome County than Larry Bucchioni.  He is a true and living testament to courage, honor, decency, composure, and endurance.  The Selection Committee is proud to induct Larry Bucchioni into the 2016 New York State Strength and Power Hall of Fame!