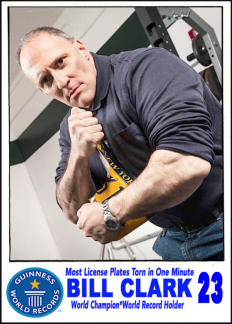 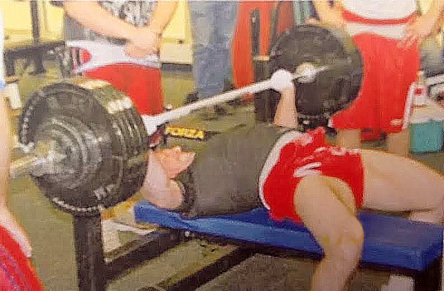 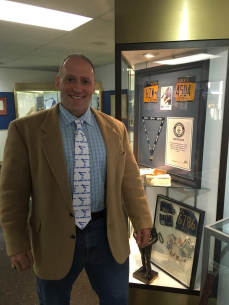 Bill standing beside the display set for him at the York Barbell World Hall of Fame and Museum! 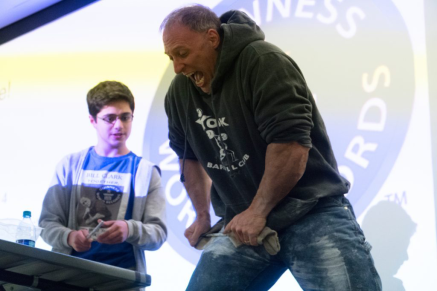 An action shot of Bill as he breaks the Guinness World Record at Binghamton University for Most Steel Railroad Spikes Bent in One Minute! Thanks to Jonathan Cohen for great photos! 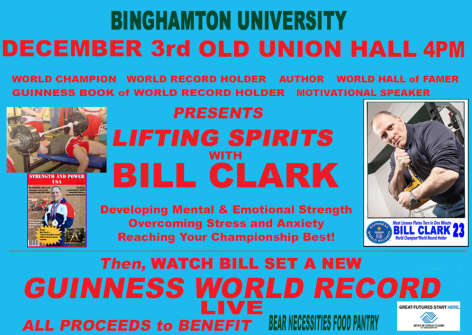 The bar bends under the pressure of HoF member and world record holder Bill Clark's deadlift!  Bill Clark has Deadlifted over 700 pounds!

HoF member Bill Clark often trained by picking up, or even turning over, automobiles 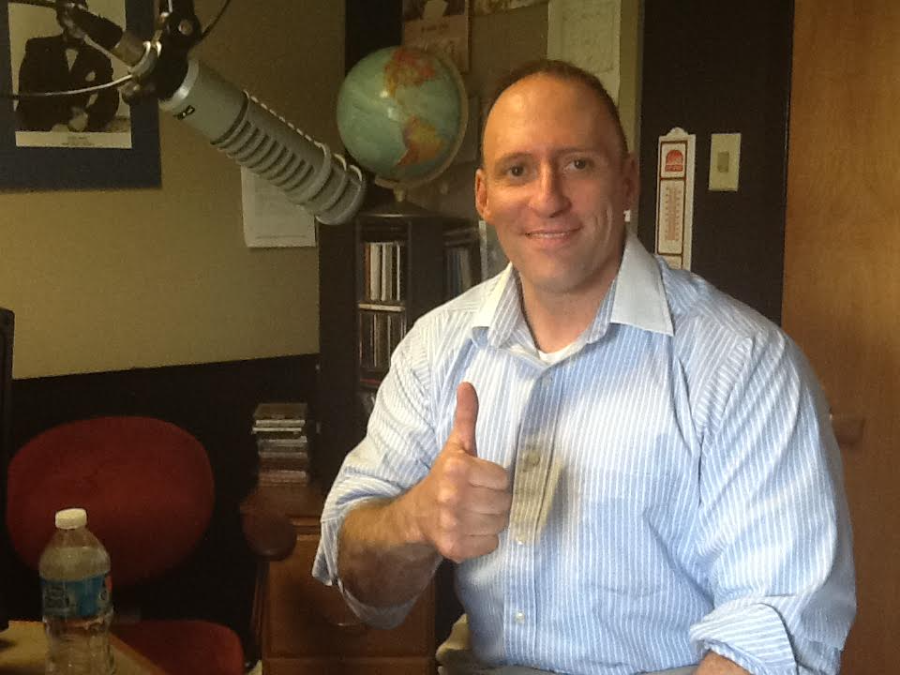 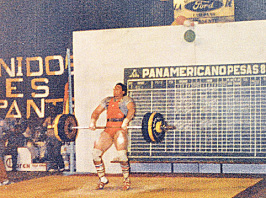 Here's HoF member Bill Clark at 18 years of age in South America.  Before becoming a world champion powerlifter, Bill was an international champion in Olympic Weightlifting! 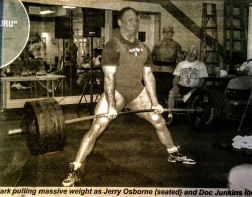 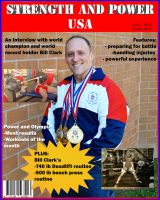 The terms 'humble gladiator' and a 'champion's champion' have often been used to describe William Clark, 2016 inductee to the New York State Strength and Power Hall of Fame.  Bill Clark has attained great successes in his professional career.  First, as a SWAT Officer, and currently as a respected and admired high school teacher, strength coach, and mentor to countless students.  To write of  Bill's illustrious athletic career requires thorough vetting of his early years with his first love, olympic style weighlifting, and his times at both Olympic Training Centers.  We must then discuss his overwhelming accomplishments as a drug free powerlifter along with his dominence in the field of 'Strongman' competitions, and, most recently, ' Odd Lift' contests.

2016 Hall of Fame member Bill Clark is one of only several athletes in the world to be both an international medalist in Olympic Weightlifting and Powerlifting.  In fact, Bill has set over 100 state, national, and world records in strength and power sports, including all three of the power lifts, and is also a multi state, national, and world champion in the same.   Additionally, Bill is a martial arts and self defense instructor, who has taught police officers and civilians alike. While in the profession of teaching, Mr. Clark was honored by police departments for his actions in both stopping a man from committing suicide by leaping from a bridge, and for subduing a violent felon until officers  could arrest him!  Bill  conducts seminars, clinics, does motivational speaking, and performs feats of strength, such as bending steel bars, motorcycle parts and spikes, rolling up Paula Dean frying pans, tearing decks of cards, and sometimes does a world record one handed Deadlift with over 400 pounds (that's with an olympic bar)! .   Clark also holds the World Record for the Reverse Grip Curl in the 198 lb. weight class, with a 177 pound effort!   Hall of Famer Bill Clark is thankful for his accomplishments and states the following: “I truly am one of the most blessed people on this earth, and can not take credit for much of anything.  I believe that God had a plan for me, and no matter how hard I tried to screw it up, He made it work.  The timing of the events in my life have been right, and I don’t, nor did I ever, control that.  Meeting my coaches was a matter of timing.  Having the opportunities that I did, in some cases, as both an Olympic Weightlifter and Powerlifter, were a matter of timing.  Everyone that I am close to, and some that I have lost touch with, share a piece of all the medals and trophies; my friends and family who were always supportive, my dear wife and children who have been more than understanding, my coaches who patiently directed and mentored me, my supervisors at school who graciously allowed me time when I needed to travel, and my sponsors who sometimes paid the expenses, have all played a role, and I am deeply thankful to all of them.  Without the proper structure in place, without the path and timing that I speak of, I would not have done nearly as well.  I am humbled by the nomination from my colleagues and friends in the strength world, and thankful, most of all to the Lord Jesus Christ for blessing me with all that was needed to be successful!